Crafting Warpcells: A Recipe For Antimatter

Time to craft these.

After reaching the new star system with tears in your eyes, and joy in your soul, you'll now be faced with an issue: How do I acquire more antimatter? Two ways. Most space stations will offer antimatter in the Galactic Market for a hefty price, but instead, you could craft your own. In fact, it may be a necessity. The opening moments in this system will provide you with another push towards your goal, as another beacon appears on your HUD. That is step one. Upon reaching this destination you will be introduced to another alien (WHO ARE THESE PEOPLE) who will hand over a recipe for antimatter. The recipe requires two components; 50 heridium and... electron vapor. What is electron vapor you ask? No, it isn't the nicotine-infused vapor leaking out from under fedoras across this great nation, but instead another craftable component that can also be purchased at the Galactic Market. Once again you should refrain from doing so, instead, it's time to explore. You should get comfortable in this system, as here is where you will gain access to all the crafting recipes necessary to build your warp cells from scratch. Get creative, discover the creatures that inhabit each planet, name them things. In my version of the second system, I named everything Carl, I named all the planets, animals and plants different versions of Carl. I miss Tropical Carl the most, I made my home there, found a large T-Rex-looking animal with horns and a goatish face. I named him Goat Face T-Rex Carl, and I miss him. Don't judge me for my tears, as I don't judge you for yours. Strong men also cry, strong men also cry. Back to business, once you discover the crafting recipe for Electron vapor, you'll notice another craftable item; suspension fluid. Once again venture out, continually speaking to aliens, finding blueprints, solving minor mysteries and you will receive this recipe too. This is a simple one crafted from 50 carbon. With all 3 blueprints, you can craft Warp Cells from environmental materials, and continue your journey towards the center of the Galaxy. 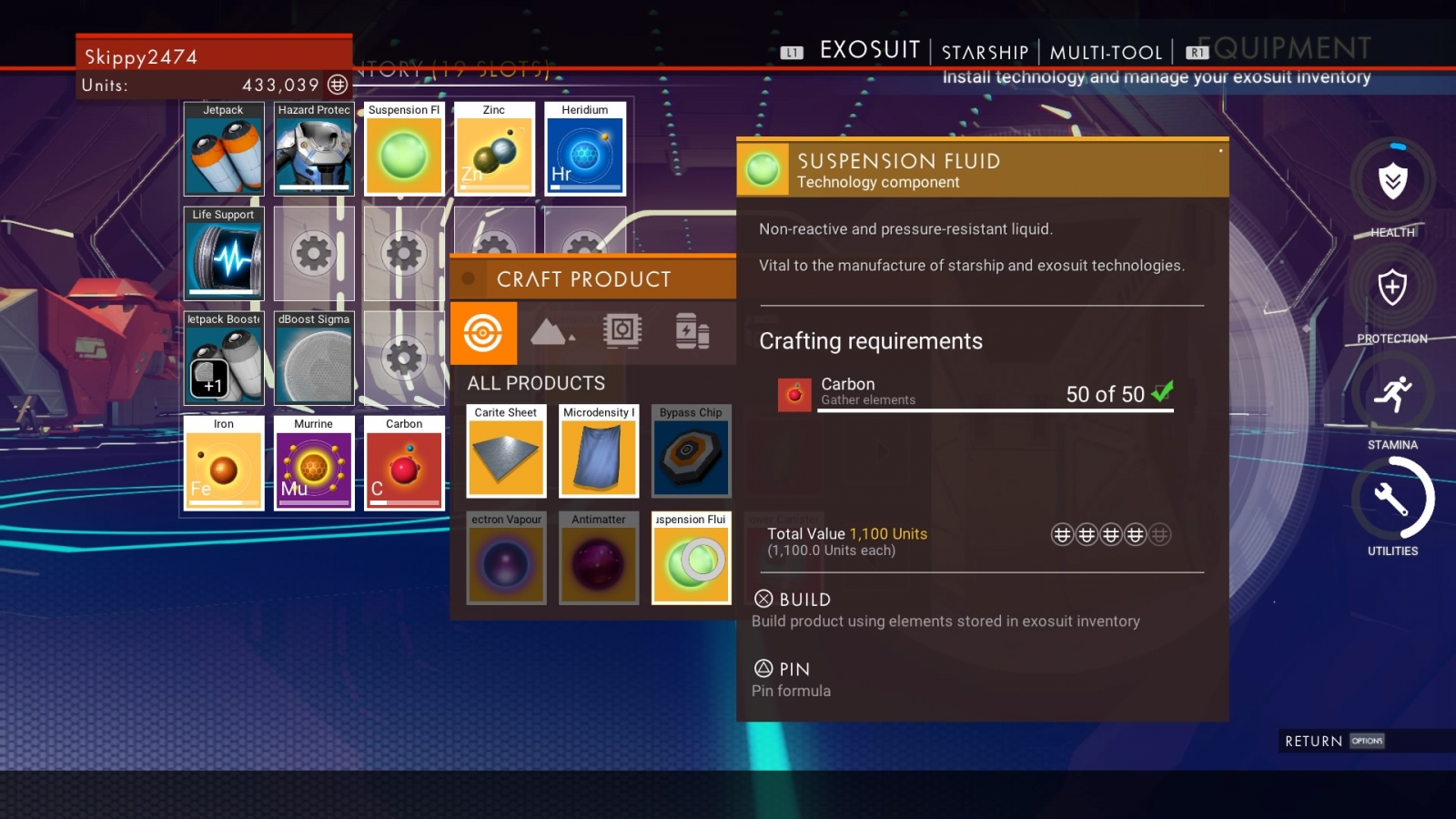