The picturesque town of Ilios is nestled at the top of an island in the Aegean sea. It's winding streets and incredibly views offer a heavenly break from being mutilated while defending the point. 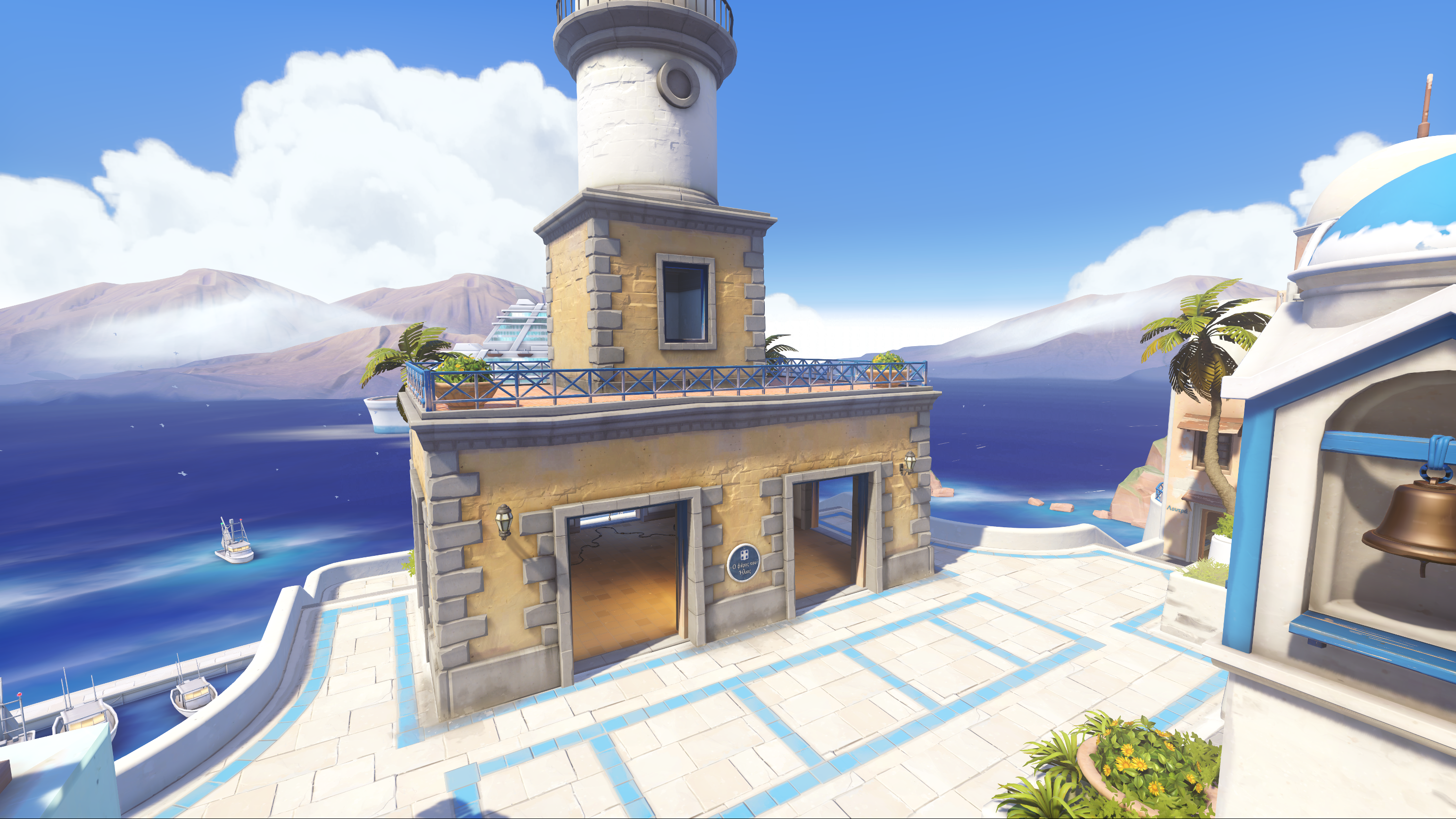 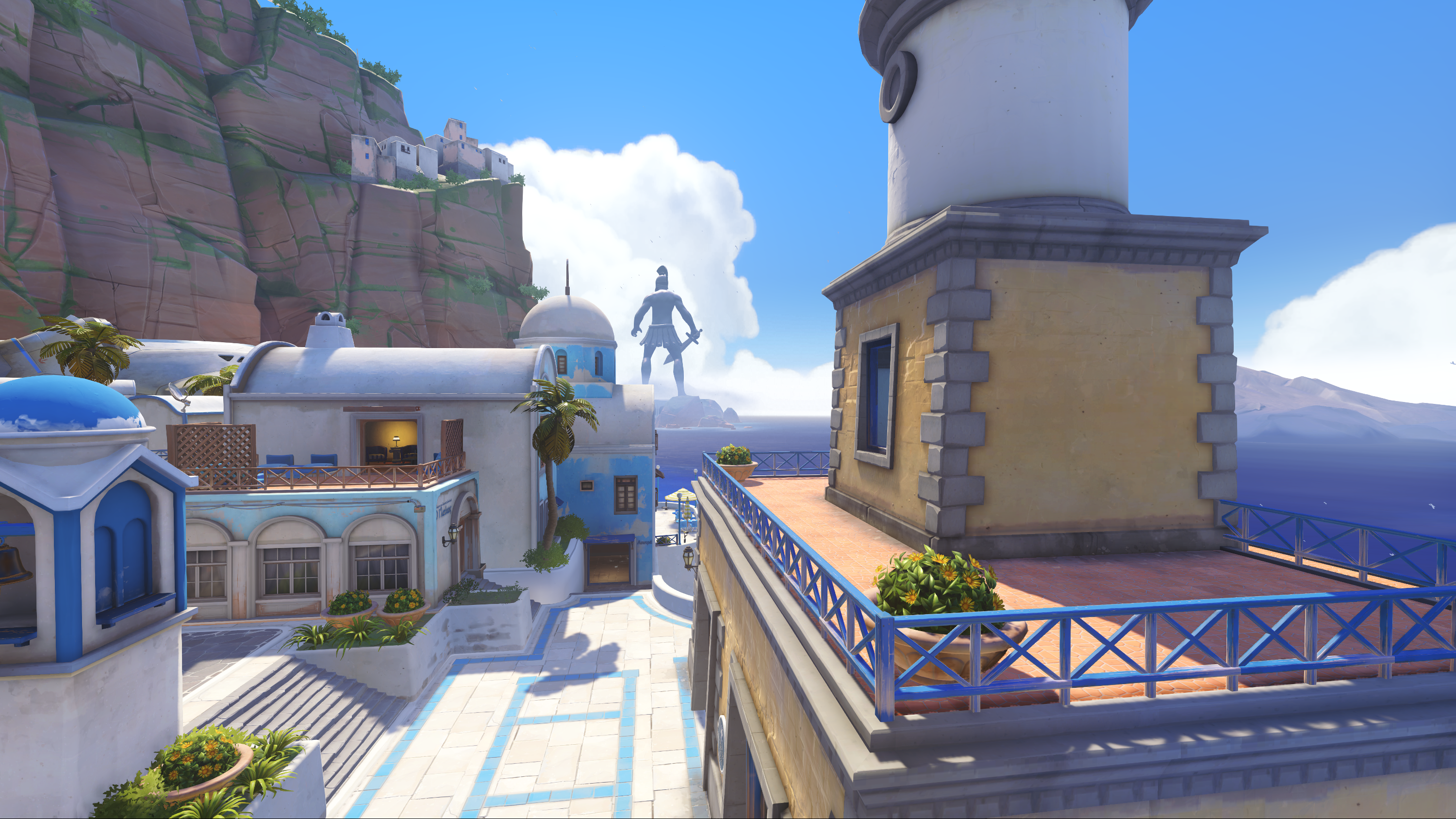 The first objective I'm going to cover is the lighthouse, which I have always found to be difficult to control. It's an enclosed space under the yellow brick lighthouse, that has flanking opportunities on ever single side, as well as directly above. This means that the contested ground will be an instant graveyard for those meandering about. When attempting to capture the point or eliminate foes from the point that are attempting to capture it, you will want close range tanks paired with a sniper for the opposing buildings. There are two small houses to the front-left, and front-right of the lighthouse, both of which offer a clear line of sight into the lighthouse itself. Having a sniper stationed here is immensely effective, as you can provide covering fire, or begin eliminating the opposition as your team enters from multiple sides. When working with close range, you'll want to have a hero like Junkrat or Pharah to provide splash damage from the sides of the lighthouse, as well as a D.Va or Zarya for entering the front. Reaper is also remarkable in a pinch, as he can Shadow Step to the roof of the lighthouse and drop in. If you combine the drop in tactic with you ultimate, you could potentially perform a squad wipe and easily take over the point. 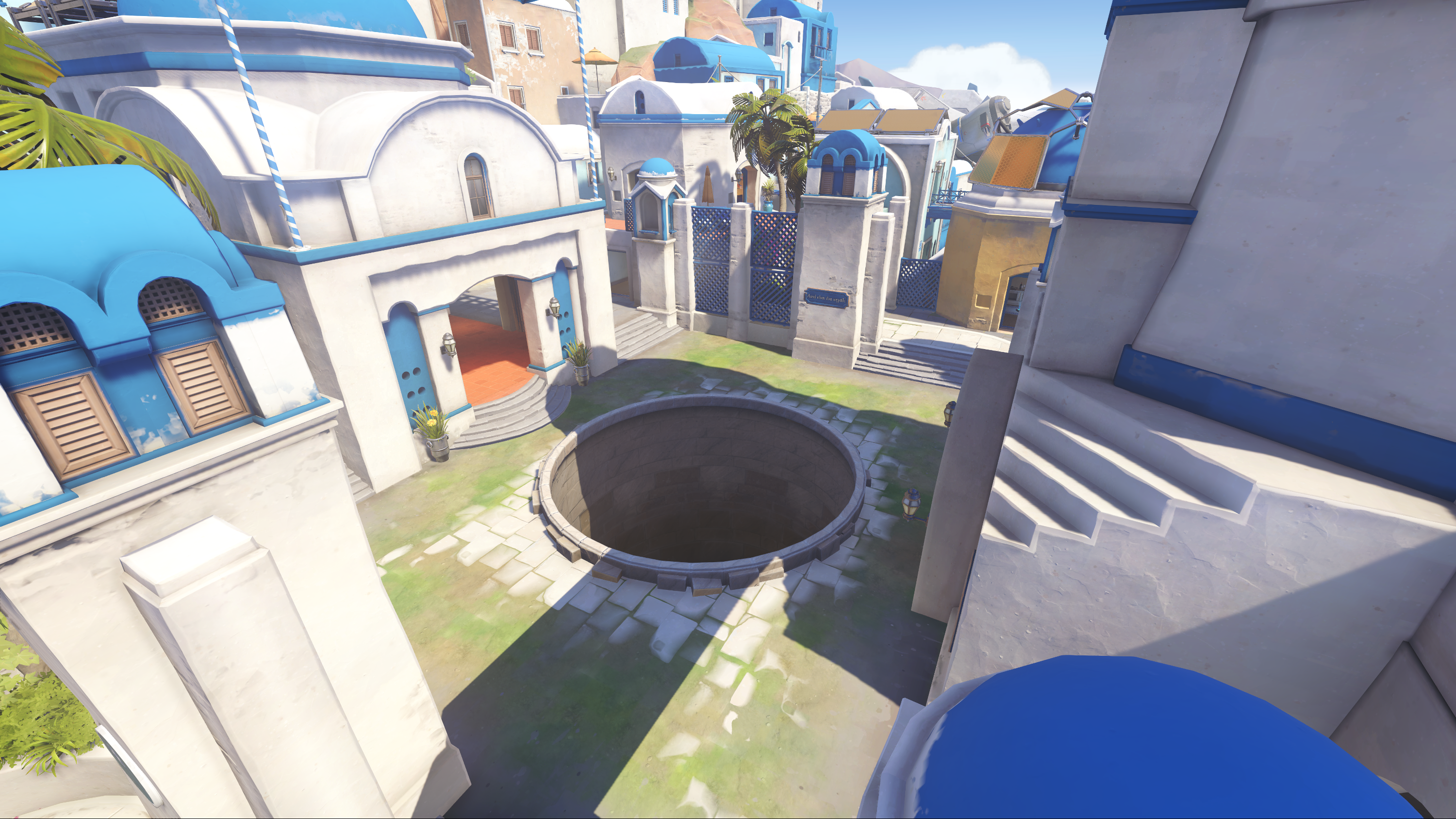 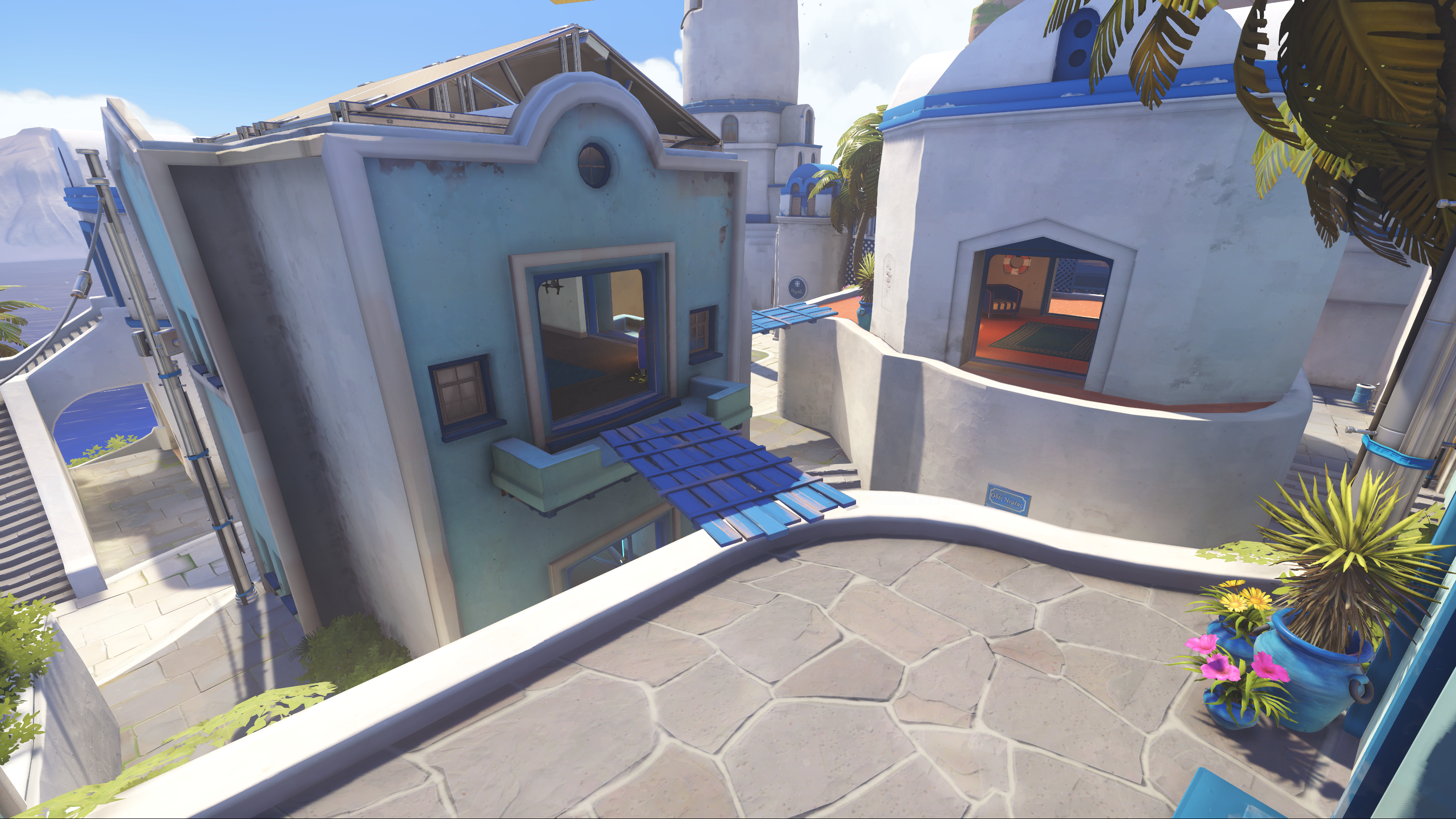 The second contesting point to touch in is The Well, a frantic, dangerous position that can be used to great effect by close range dominators and tanks. Here you should have a D.Va or Roadhog to defend the actual point, due to their pushback abilities. Lucio is also fantastic in this section of the map, as his own push back alternative fire can send enemies tumbling into the abyss, not to mention your teammates will likely all be within the effective area of your health and speed boost abilities. Surrounding the point is a series of buildings and pathways rife with flanking opportunities. 76, McCree, and Reaper are tremendously effective at patrolling and securing these areas. I don't recommend using long range here, as the majority of the firefights will be conducted between short and medium range, but the elevated positions above the well are still immensely useful to characters like Genji for flanking, or for a Torbjörn to take hunker down and set up a Turret. Using the two buildings directly at the front and back of the Well are great when you're controlling the point itself, as they offer you cover, and allow you to engage in a skirmish and then retreat to safety. These points are vulnerable to flanking, and for those trying to capture the point, it can be a devastating ulterior route for a Reaper, D.Va or Mei to use. 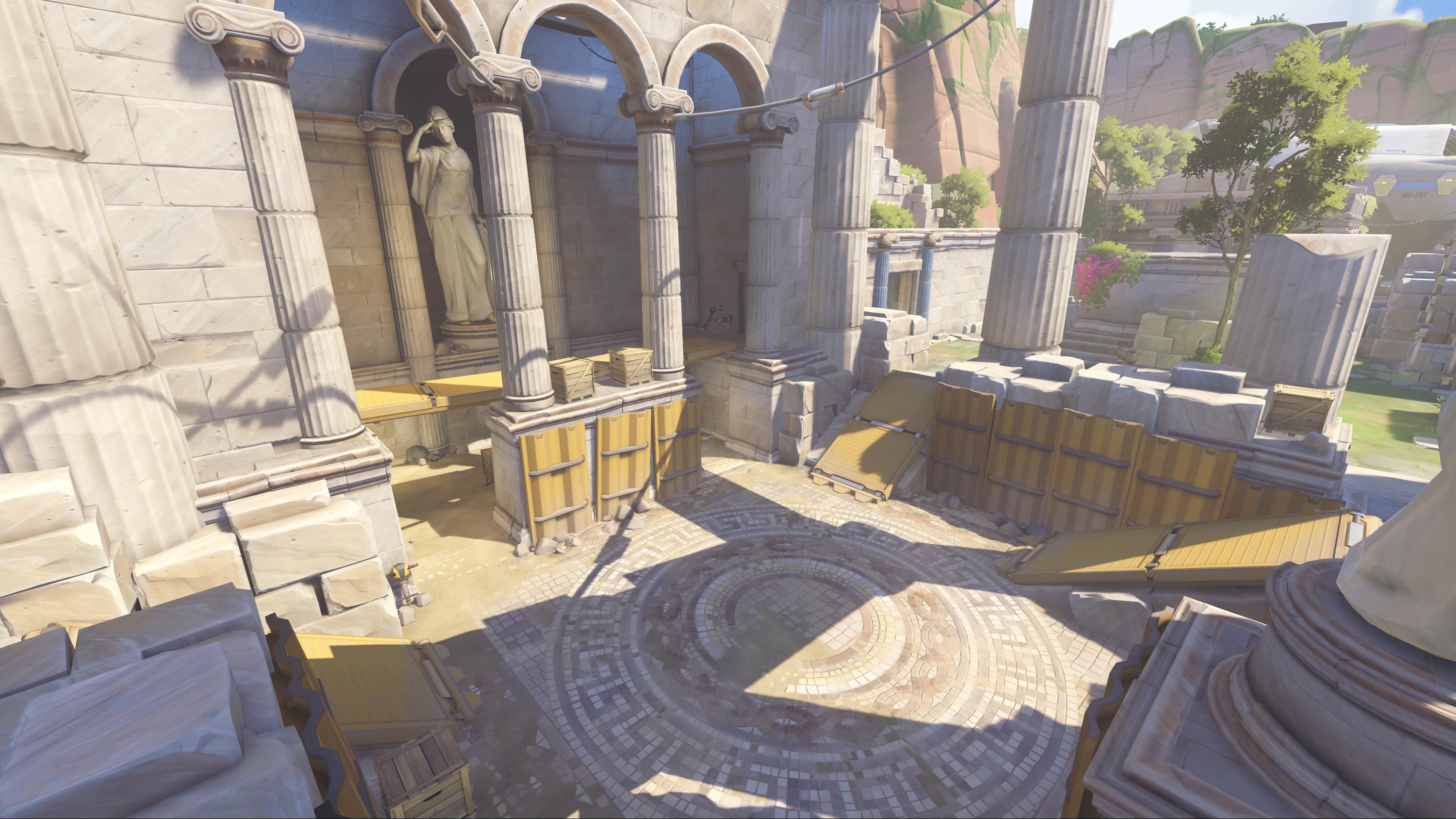 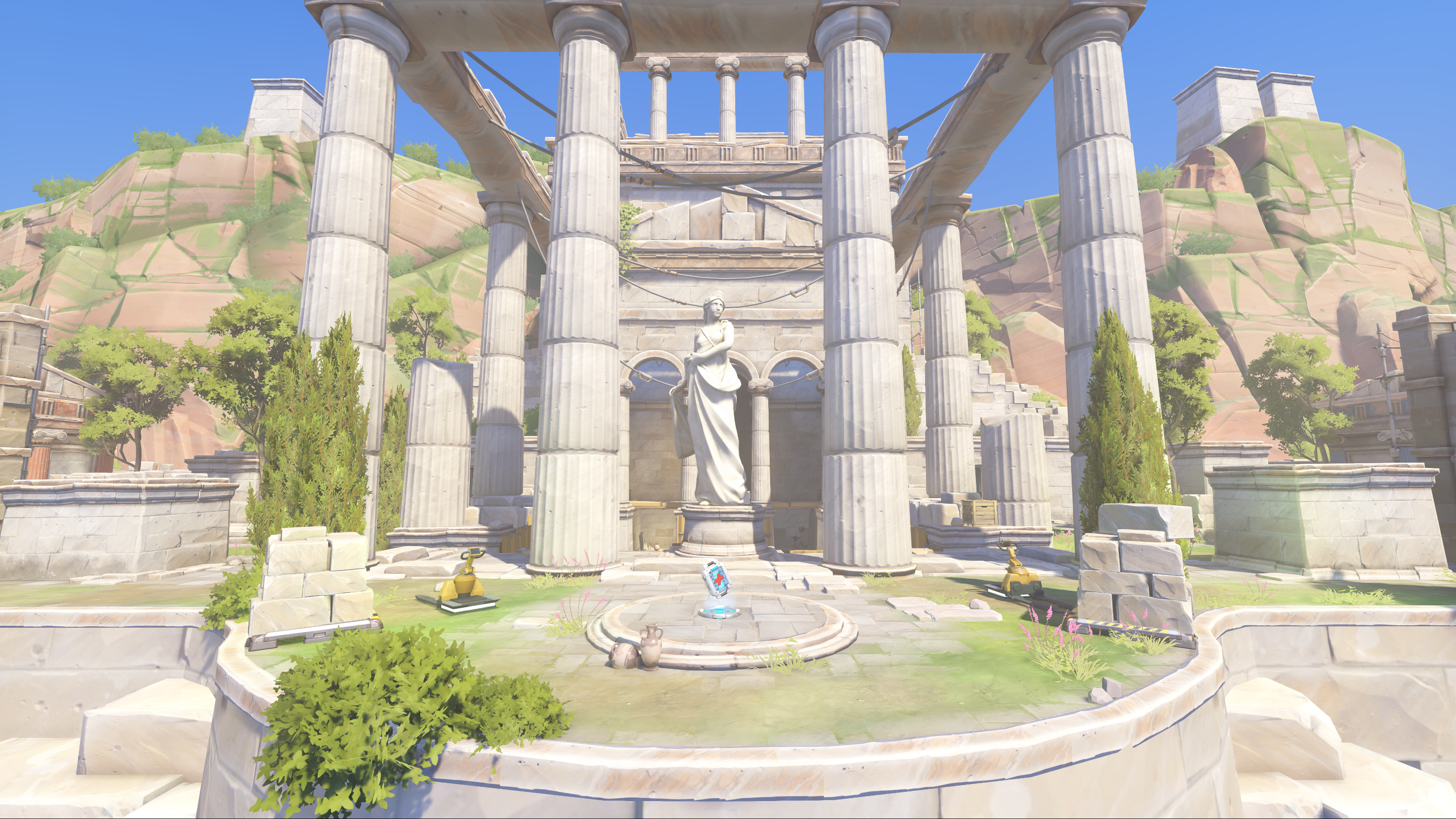 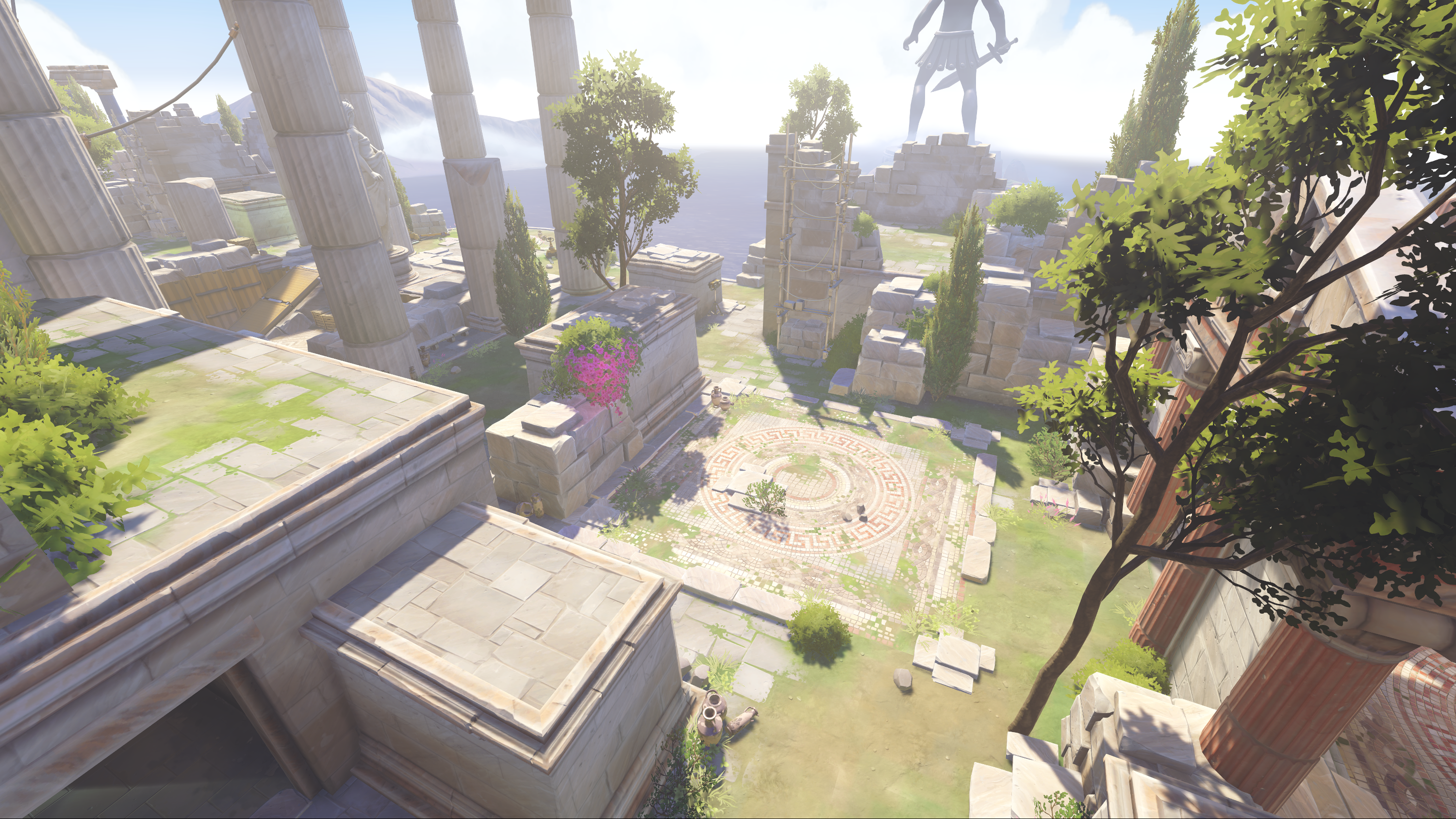 The Ruins section of Ilios all a team to employ a wider range of versatility when choosing their characters, but there are still some fundamental strategies to adhere to. This section is significantly more open than the other portions of the map, and because of this, it favors medium range heroes as opposed to close range devastators. That doesn't mean you'll want to eliminate them entirely but the team should be a bit more balanced. Soldier 76 is a must here, as he can go face off against almost any adversary that's attempting to take the point while remaining in cover, or moving between sections. You should also take to the skies as Pharah, her rockets can be devastating to those forced into the confines of the objective space. The point itself should be entirely avoided when you're capturing it, as it offers a clear vantage point for other heroes from nearly any position surround it. It's a pit, and because of its sunken position and it being surrounded, you will easily be flanked if you are in that position alone for too long. Use the flanks on all sides to fight back against the opposing team. There is also a section to the far back of this area that provides a beautiful view as well as a health pack. You will most certainly want to visit this area but do not linger, you can easily be shot off the side of this area and sent to your vertical demise.