What was once an ancient monastery, abandoned and left for ruin, was overtaken by a group of awakened Omnics who wanted to know the truth behind who they were, and why they were created. Now, you too can bask in the serenity of total tranquility, and shoot the opposing team in their opposing faces. 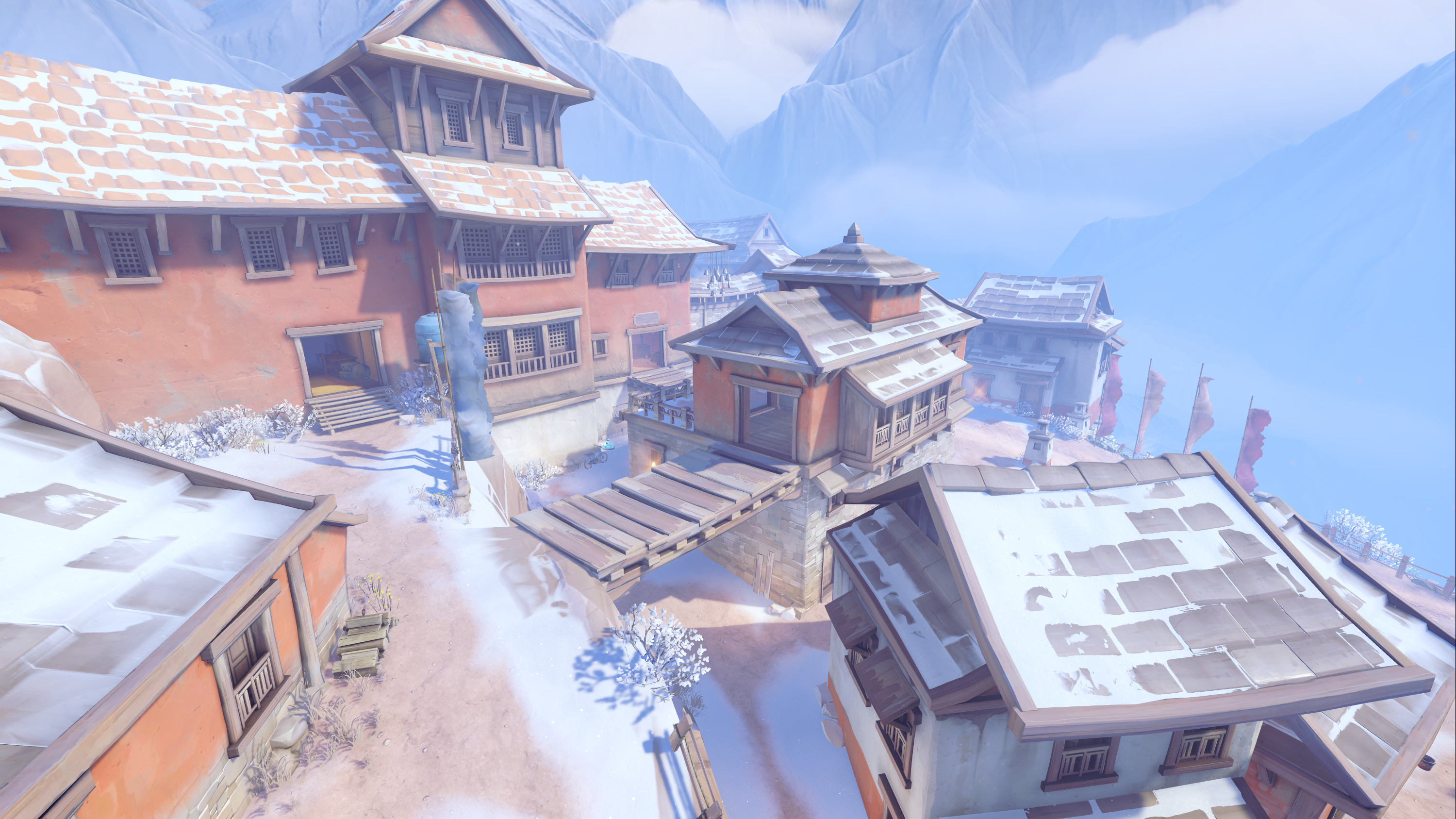 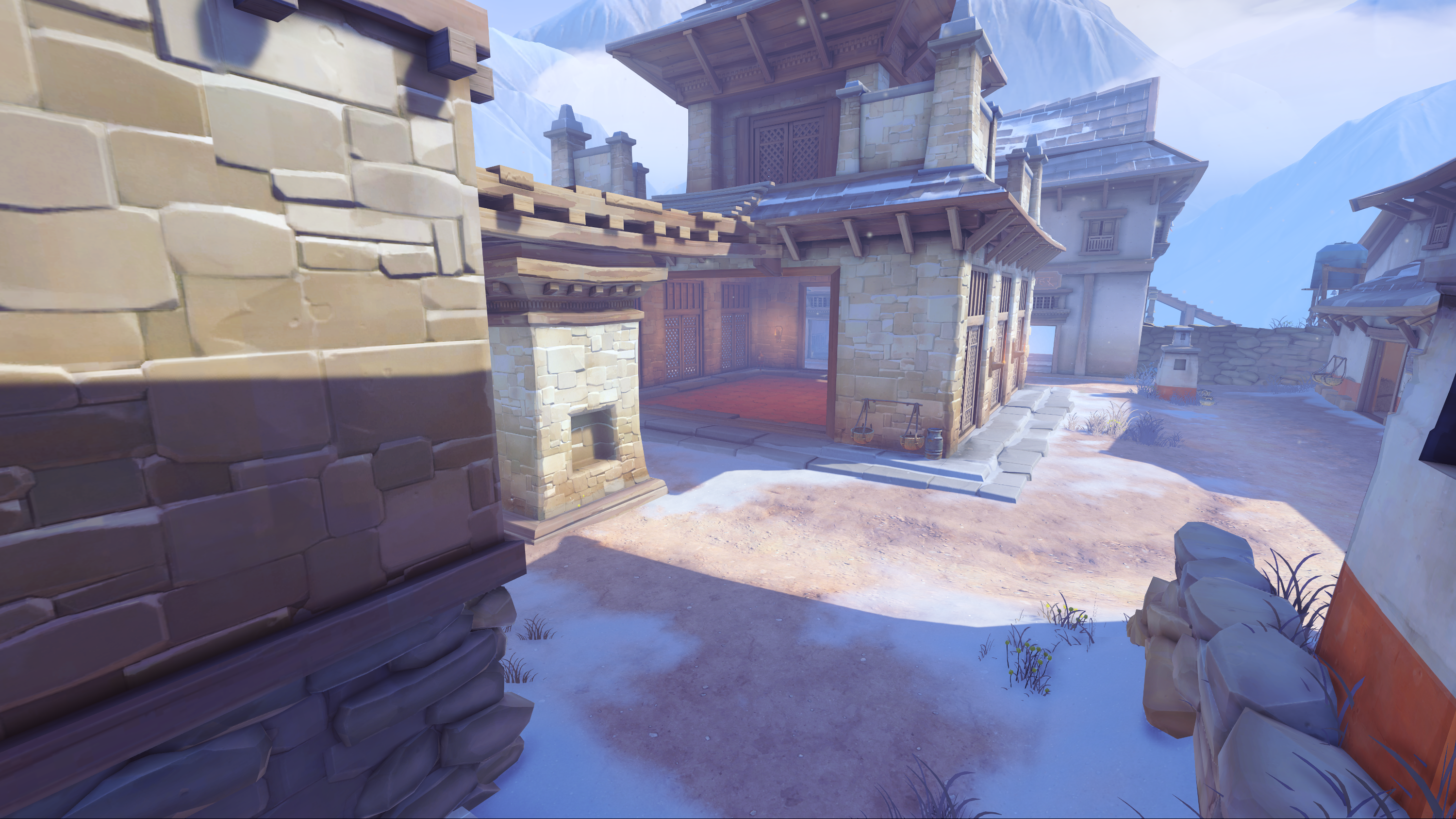 The first area of the map is the village, and here you'll want to make certain you have speed on your side. The majority of this section of the map is both open enough to allow escape and flanking while being enclosed enough to hide and take cover. it's the central control point that will cause you difficulty, as it is confined and can lead to being cornered. Once you've captured this point you should do your absolute best to stay off the actual point, and instead focus on the area just outside of it, as here is where you'll be able to engage enemies best. The objective point itself is in an enclosed space with an opening a the front and back of it. This can be both positive and negative when performing a capture, as you'll be receiving cover on the sides and can focus fire on a smaller choke, but if you're flanked, the enemy will be directly behind you. This area is wonderful for tanks, and Roadhog and Reinhardt should stay within the confines of the space, while D.Va or Zarya protect from just outside of it. As I mentioned above, Lucio is also tremendously effective at this point due to his improved speed. Torbjörn can also be used to great effect here, as though it should be placed outside the objective with a clear view of the objective itself and the area around it. 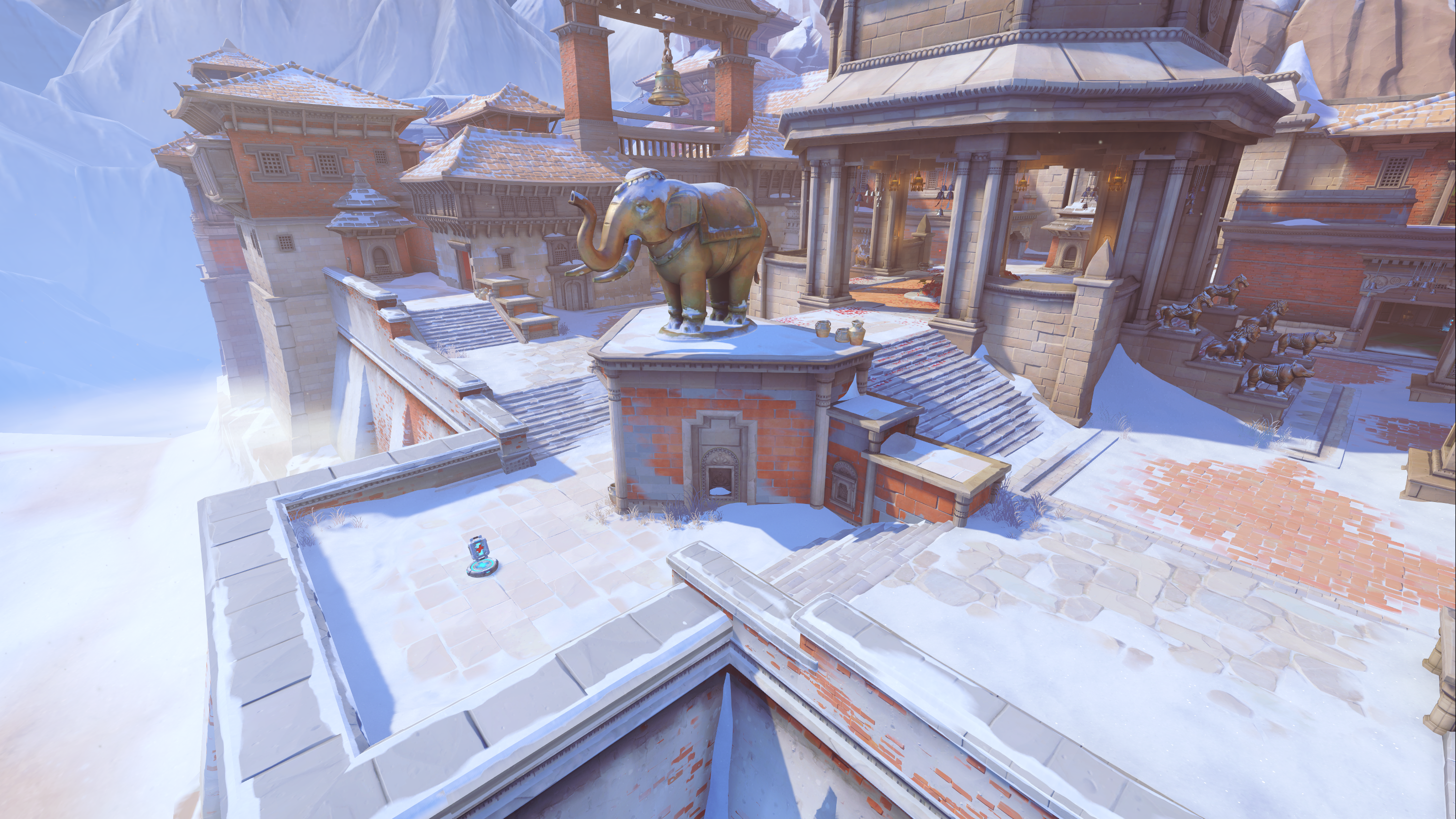 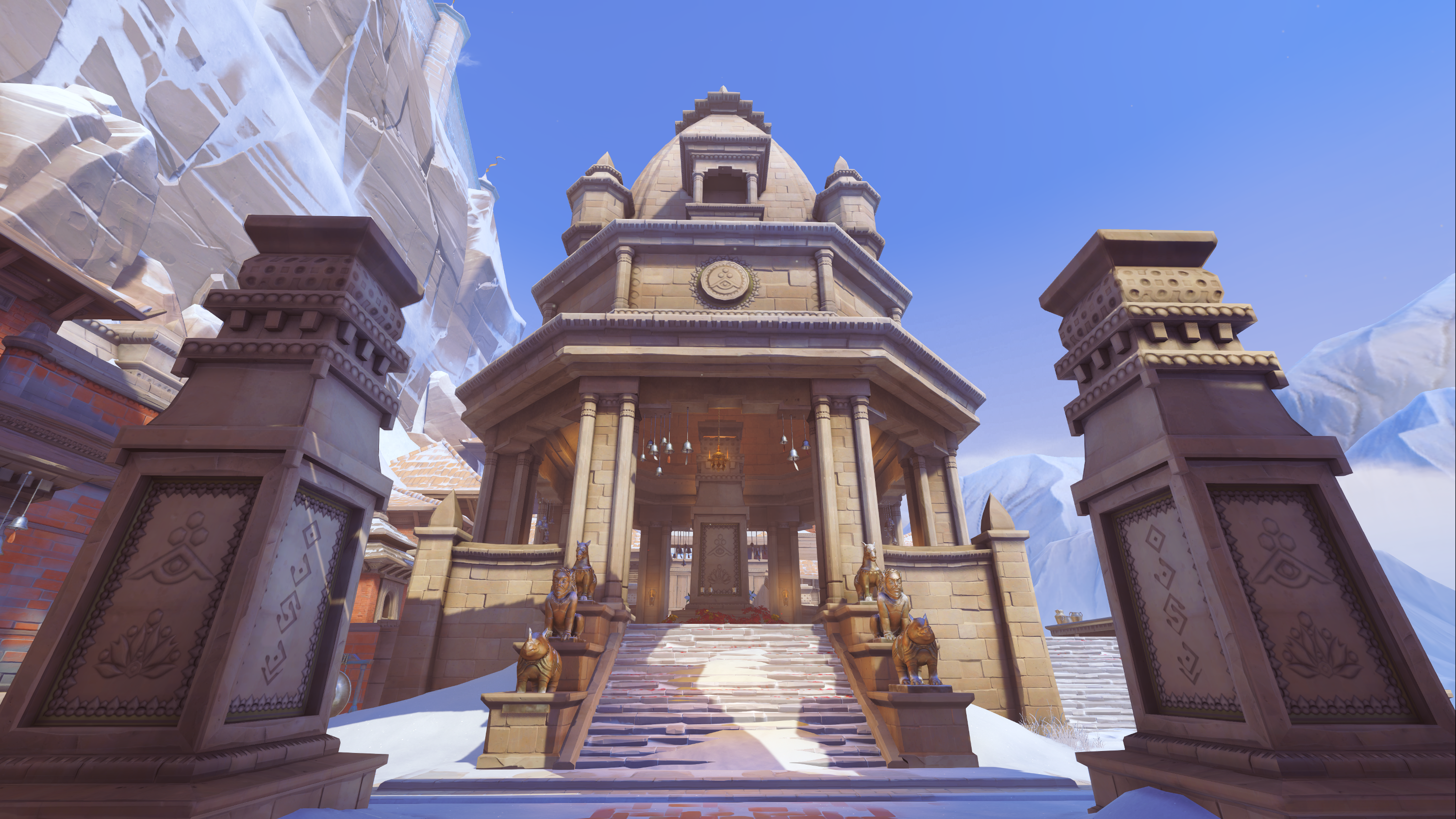 The second control point is what appears to be a Cenotaph located in the center of a very wide area. Torbjörns can have a field day here, as setting one up with minor elevation can lead to a devastating loss for a team that's attempting to take control of the objective. It's also a prime location for snipers with an itchy trigger finger, as the enclosed space traps witless victims into an easy line of fire. Once this point is captured, avoid starting any firefights or engagements from within its walls. Junkrat is an exceptional choice here, as the confined spaces allow his grenades to be more effective with their splash damage. D.Va and Reaper are also fine choices when attacking from the inside, as the Cenotaph in the middle will provide cover from the opposing side of the enclosed temple while you eliminate enemies nearest you. You can engage the enemies on the inside from a bit of distance with Pharah, due to the similar effect of her rockets splash damage to Junkrat's grenades, she's great for disassembling the defensive line of a point currently being captured. Torbjörn is a fantastic choice here too, and his turret should be placed at an elevated position adjacent to the monument. Using the ledge behind the monument itself, opposite side of the vista view, place the turret with a clear view of the battleground while you stick to cover using the wall along the ledge. This is a great position that covers a ton of ground. 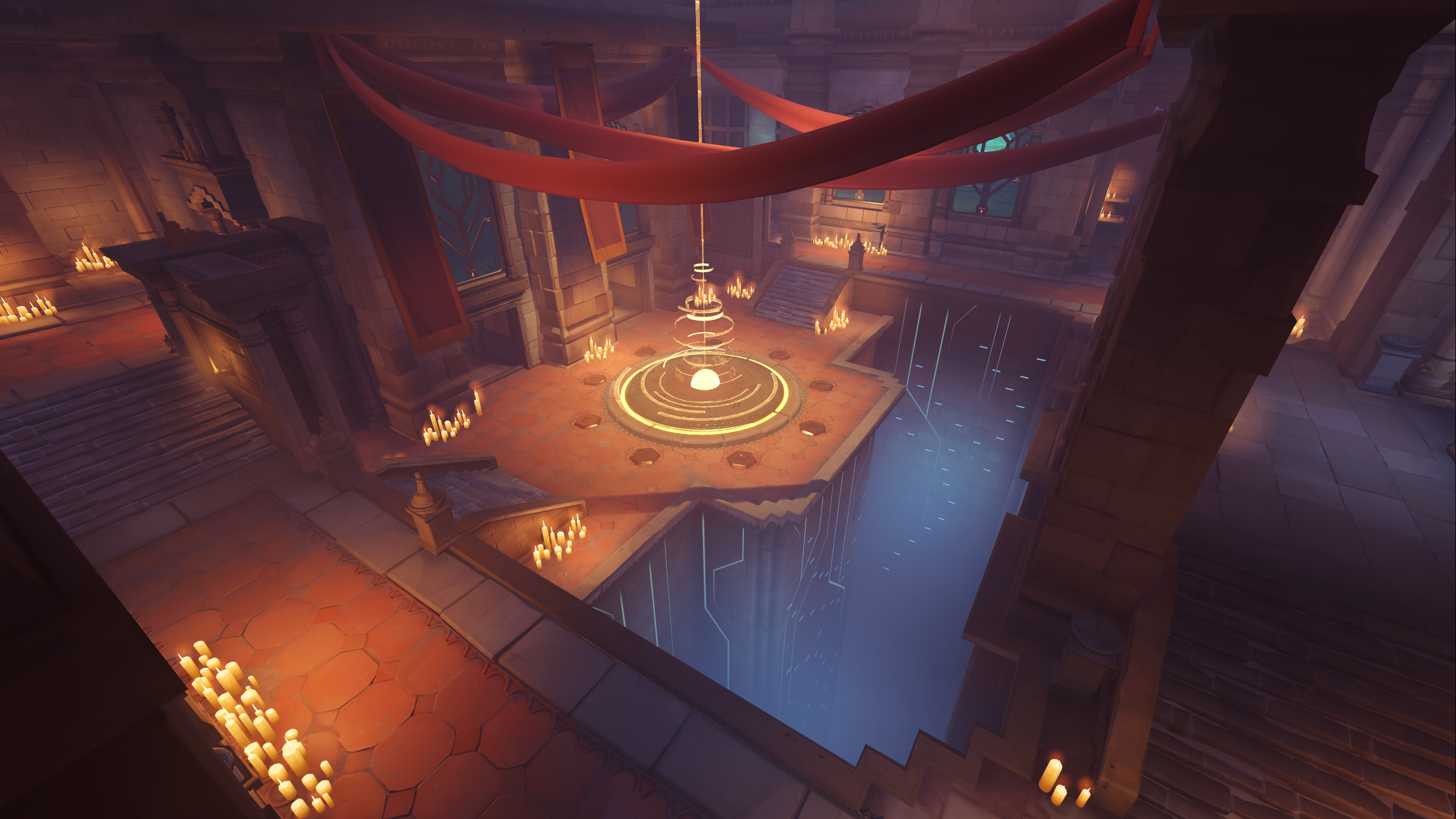 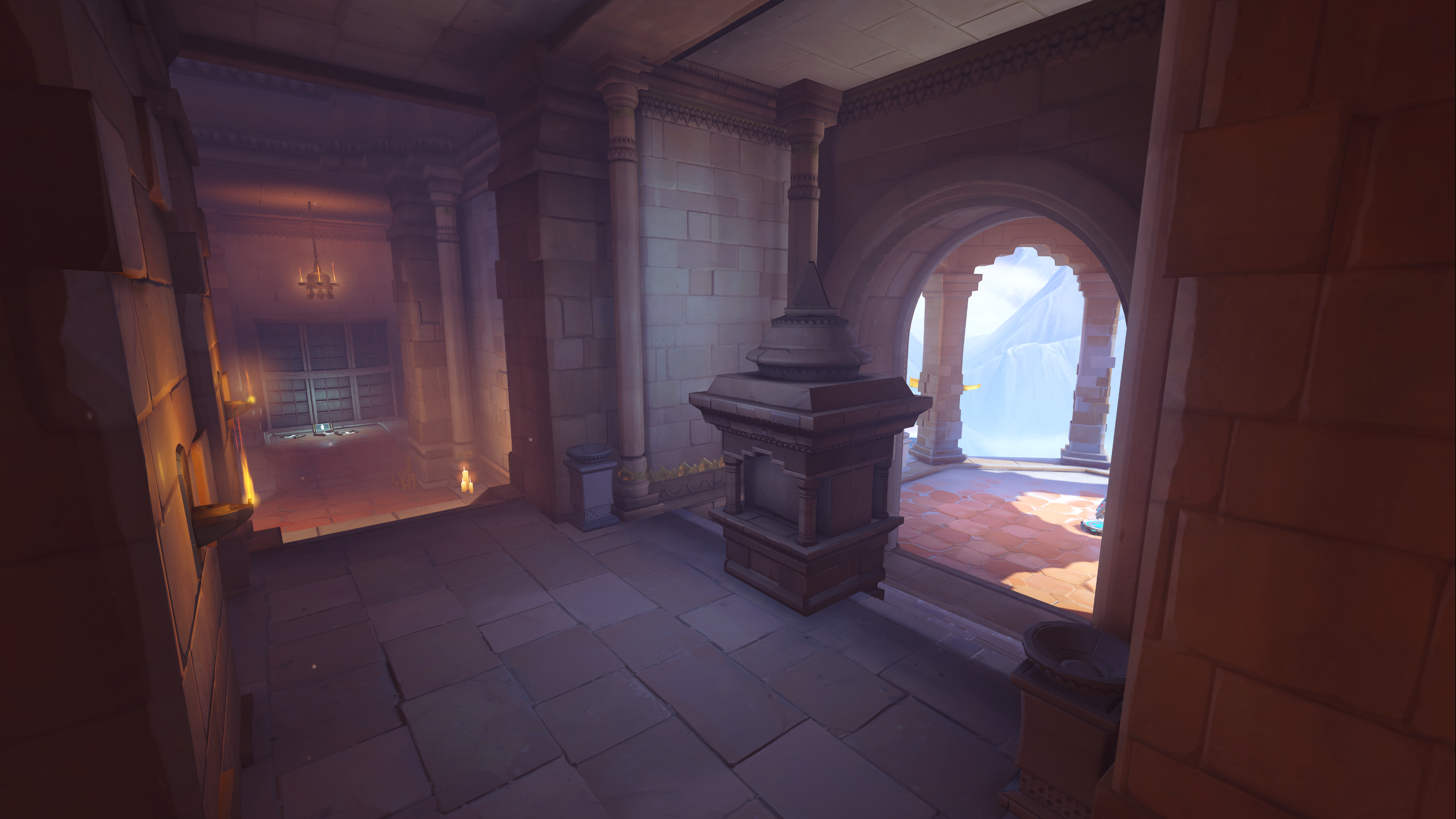 The final location is the Sanctum, a control point that is nearly entirely closed off, and a place where Tanks can absolutely dominate if played efficiently. Pair this with a bottomless pit at the surrounding edges of the point, and you have a recipe for point capturing. It's a big day for Torbjörn as this point is another great one for him. The enclosed area forces the enemy to constantly be within range, and your best choice for placement is at the back of the point overlooking the objective. Keep in mind, you may find yourself having to relocate on the fly due to the short range nature of the map. For all other Heroes on the field, it's best to keep moving and firing, as this point is destined to be one of the most relentlessly hectic control points. Constantly frantic. Zarya, Winston, and D.Va are all wonderful choices for controlling the map from within the point, and McCree and Soldier: 76 are wonderful for providing fire support from outside the point. Once again, Lucio dominates this section and should absolutely be on your team. Lucio's Soundwave can knock enemies back into the abyss for an instant kill, and his speed boost ability can help his team avoid such a disastrous fate.